Quiet Minds > Blog > Blog & Resources > Articles > “They looked at me like I was crazy”: How one woman’s journey with Psychosis led to a ground-breaking Student Organization 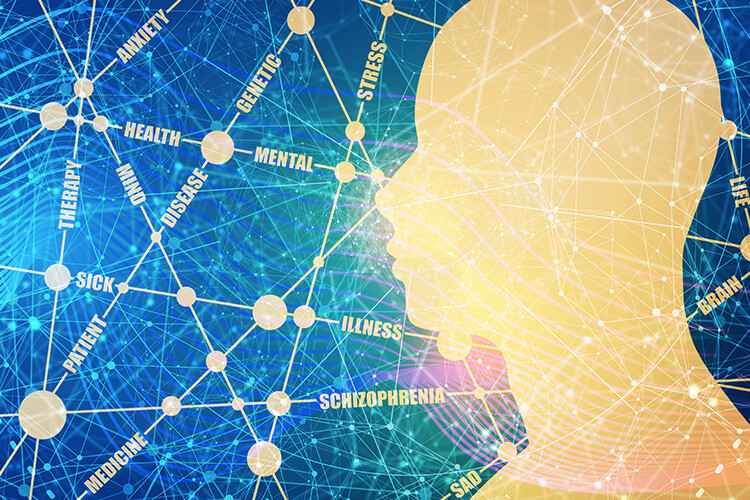 “I really will not rest until anyone who has schizophrenia, anywhere, worldwide, is not afraid to say the words ‘I have schizophrenia’.” – Ceclilia McGough

In early 2014, Cecilia McGough was a Freshman at Penn State University when she began struggling with psychosis. Though her PSU career would include such achievements as helping discover a pulsar and participating in the International Space Olympics in Europe, they were underscored by a constant battle inside her mind. In a Tedx talk she gave at PSU in 2018, McGough described a few of the hallucinations she would experience, including one reoccurring vision of a woman who would repeatedly stab her, sometimes in the face.

“This made taking tests, quizzes, and homework, in general, extremely difficult to impossible when I was in college,” she said. “Sometimes I wouldn’t even be able to see the paper in front of my face because I was hallucinating too much.”

Attending student-run mental health support groups provided no relief. As McGough describes, most students were dealing with depression or anxiety and not a diagnosis like schizophrenia. When she described her visual and auditory hallucinations, “they looked at me like I was crazy,” she said.

One evening on campus, her concerned roommates and a Resident Advisor, sat McGough down to talk about what was happening with her mental health. McGough calmly agreed that she needed to be hospitalized, but once authorities were contacted to start the Mental Hygiene process, police entered her dormitory and escorted her out of the building into a waiting police car, in full few of fellow students and friends. The humiliation of that moment led McGough to start a blog about her experience and eventually start the organization that is Students with Psychosis.

Today, Students with Psychosis a non-profit that advocates for students “through community building and collaboration,” the program’s website states. “Students With Psychosis envisions a world where no student or advocate living with psychosis worldwide goes without community and access to education.”

McGough, who is also diagnosed autistic, recently appeared in an interview with Special Books by Special Kids. The happy and confident persona she exudes in the interview is a far-cry from her struggles as a student enduring endless hallucination. She credits the change with the right mix of medication, therapy, and a consistent routine, as well as the community that has come out of Students with Psychosis.

“A lot of what’s given me this confidence was finding fellow peers, fellow people living with psychosis, and really being proud of the community that we are,” McGough said in the interview.

If you’d like to learn more about Students with Psychosis, visit https://sws.ngo/

Do some people just “get over” Psychosis?