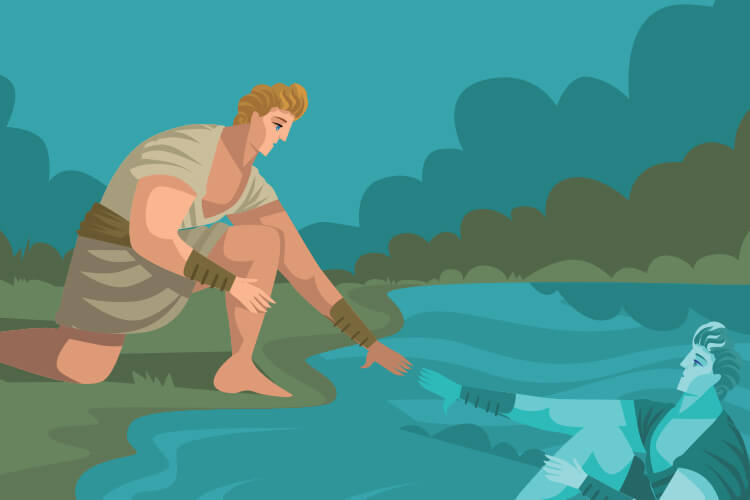 Do you know the story of Narcissus? He was the mythological son of the Greek god of the rivers. Narcissus was promised a long life provided that he never recognized his own reflection. Unfortunately, his rejection of a would-be lover turned the gods’ favor against him and led Narcissus to gaze longingly into the waters of a spring, where he fell in love with his own reflection and eventually died because of it.

Today, we’ve borrowed Narcissus’ name to describe a psychological condition in which a person experiences exaggerated levels of self-obsession. Narcissistic Personality Disorder (NPD) is characterized by arrogant behavior, a strong sense of entitlement, and an excessive need for admiration. While these all sound like traits that might make a person fearless, narcissists often experience very low self-esteem, jealousy, mood swings, and an overall lack of empathy for others.

NPD is more common in men than in women and the symptoms of it most often intensify with age. Sufferers tend to believe themselves to be the center of the lives of everyone around them and can easily become preoccupied with visions of success, beauty, or power. What makes this behavior a personality disorder is seeing it repeated in a pattern that disrupts the sufferer’s everyday life and relationships.

If you want to spot narcissism in action, you needn’t look any further than social media. While not everyone on Twitter or Instagram is suffering from NPD, it’s not hard to see a connection between our friend Narcissus and the selfie-posting, filter-using “influencers” of our modern world. Social media allows its users to show off a life that looks glorious while constantly seeking out the admiration of others in the form of likes and shares. Just like someone suffering from NPD, when those likes dry up and you’re no longer trending, the feelings of inadequacy begin.

Having a healthy sense of self is an attribute. We should all possess the self confidence that helps us set and reach goals and share our talents. But NPD can keep a person from getting close to others both personally and professionally and from experiencing a deeply satisfying emotional life. NPD can be treated with psychotherapy and anti-anxiety medication if needed but only under the guidance of a licensed mental health professional.

Emotional and Behavioral Disorders in Children