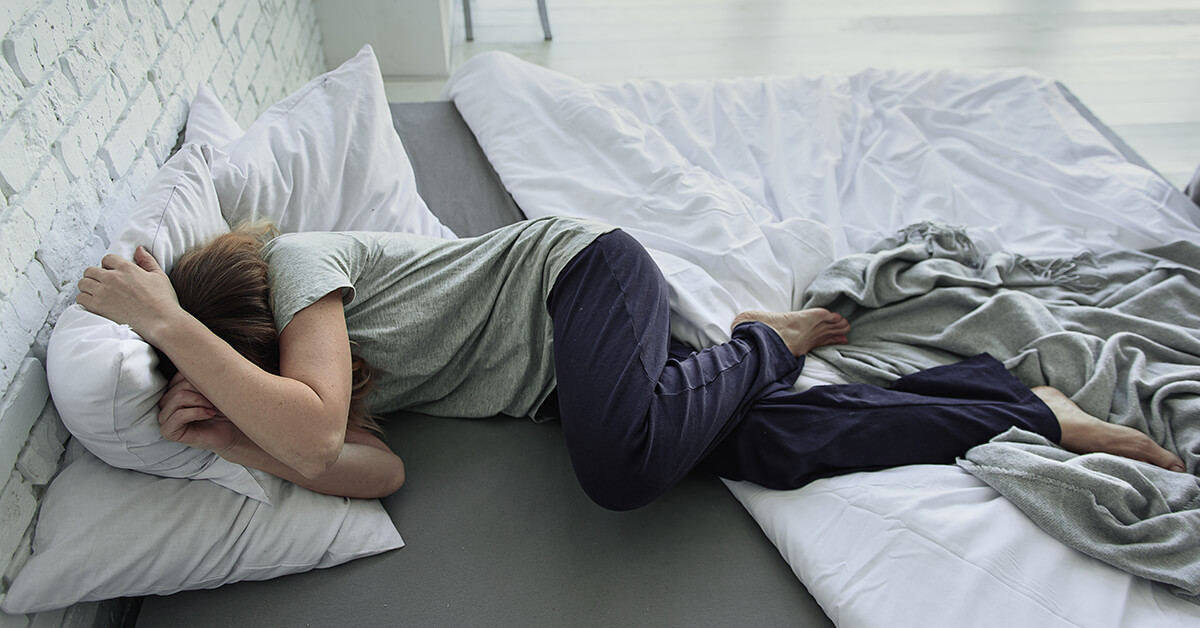 Some evenings life just starts to feel hopeless. The laundry is piling up, there are dishes waiting to be done, I can’t figure out how I’m going to tackle a work problem, and I just feel flat out bad about myself. That’s when, I’ve learned, I pretty much become a toddler who’s lost her binky. Nothing is right and the only thing that will fix it is sleep. So, dishes and laundry be damned, I make myself go to bed.

For some people, though, it’s not quite this easy, and that’s where they start to get into a dangerous cycle that can lead to hallucinations, paranoia, and even psychosis. Funny thing about our brains – they need rest to process what’s happened during the day (or even days) that have gone by, and without it, unusual things can start to happen.

This is when a person becomes most at risk for Sleep Deprivation Psychosis, a term for what happens to our bodies and brains don’t get enough rest.

According to Rachel Gilpin of Sleepadvisor.org, “This term refers to mental disorders associated with sleep deprivation. It involves losing touch with reality. Not sleeping deprives your brain of the time it needs to sort out the loads of information you encounter each day. Without adequate hours for your brain to recharge, process, and filter out the unnecessary bits, it will struggle to distinguish between what’s real and what isn’t; the effects are disorders like schizophrenia, paranoia, and even hallucinations.”

Loads of studies have shown that not only can sleep deprivation lead to psychosis, but it can also worsen almost any other mental health issue. Got bipolar disorder? A lack of sleep can trigger a manic episode. Struggling with schizophrenia? Get ready to snuggle down, because according to Gilpin’s article, “patients who were awake for twenty-four hours started to experience symptoms that looked like schizophrenia. Scientists who conducted the study surmise that lack of it, even for just a couple of nights, causes chaos in the brain and makes it difficult to filter information properly.”

If you’re having a hard time sleeping, now might be the time to take a look at what’s called sleep hygiene. Just like the hygiene that refers to our health, sleep hygiene also means developing healthy habits like shutting off your phone at least 30 minutes before bed, sleeping in a dark, quiet room, and having a routine that lets your body and mind know it’s time for some shut eye. This routine could include a little yoga, some time spent meditating or in prayer, or even just washing your face and listening to some calming music. The sooner you start, the better you’ll feel!