A hero’s journey through Mental Wellness 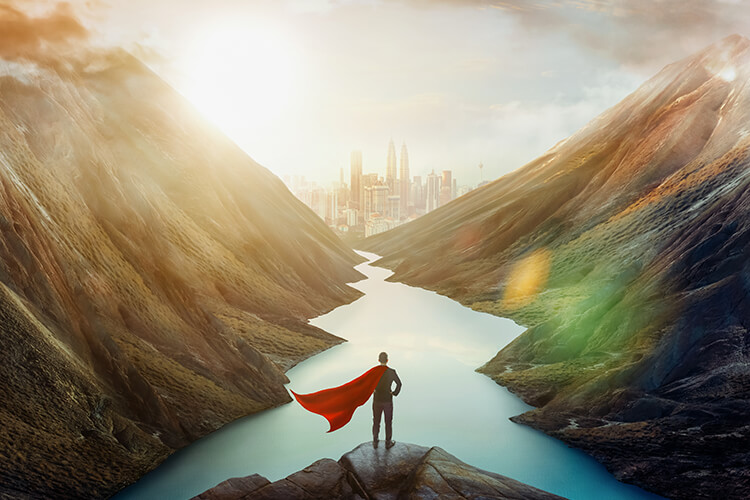 In just about every epic tale that’s ever been written, we get to see the story’s hero go on a journey. Whether it’s a physical journey like in The Lord of the Rings or a coming-of-age series as in the Harry Potter books, the stories that tend to intrigue us most as humans take us “there and back again”. So, when it comes to our own stories, why do we hesitate to see what we’re going through as a journey?

Quiet Minds Director Andrea Lefebvre wants those dealing with psychosis to see their path through life with voice hearing as a hero’s journey. She refers to an article from the January 2020 Schizophrenia Bulletin called “Development of Voluntary Control Over Voice-Hearing Experiences: Evidence From Treatment-Seeking and Non-Treatment-Seeking Voice-Hearers”.

“In the article, the researchers outlined the trajectories of acceptance of voice hearing experiences. These themes reminded me of the themes, especially the first four, in Joseph Campbell’s The Hero’s Journey,” Dr. Lefebvre said. “The research points to universal heroic struggles people face, but only voice hearers are vilified in the media. Voice-hearers face epic battles being played out in communities, schools, and workplaces. It’s not flashy like The Avengers or Harry Potter, but still just as harrowing for those who can learn control.”

Campbell outlined within The Hero’s Journey, twelve steps that are almost universal in storytelling.

Wouldn’t it be freeing to see our own path through mental health – from the stressful early confusion of a diagnosis to the “reward” of finding our way to a new normal – as a heroic journey? We’ll explore this idea more in our upcoming podcast, “Let’s Talk about Psychosis”!